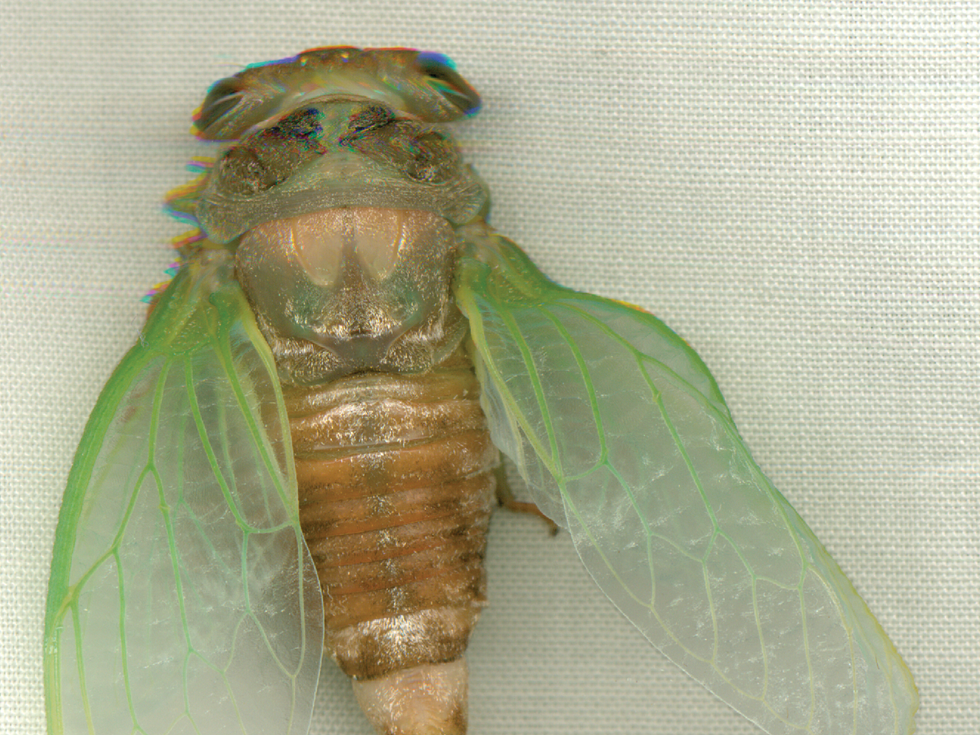 As part of the Luminario project, which was funded by Arts in Transit in St. Louis, MO, the artists created a series of eight posters depicting specimens of insect life they had collected throughout the region. Each poster specifies the insect, date and location of the collection. Live specimens were released after documentation. 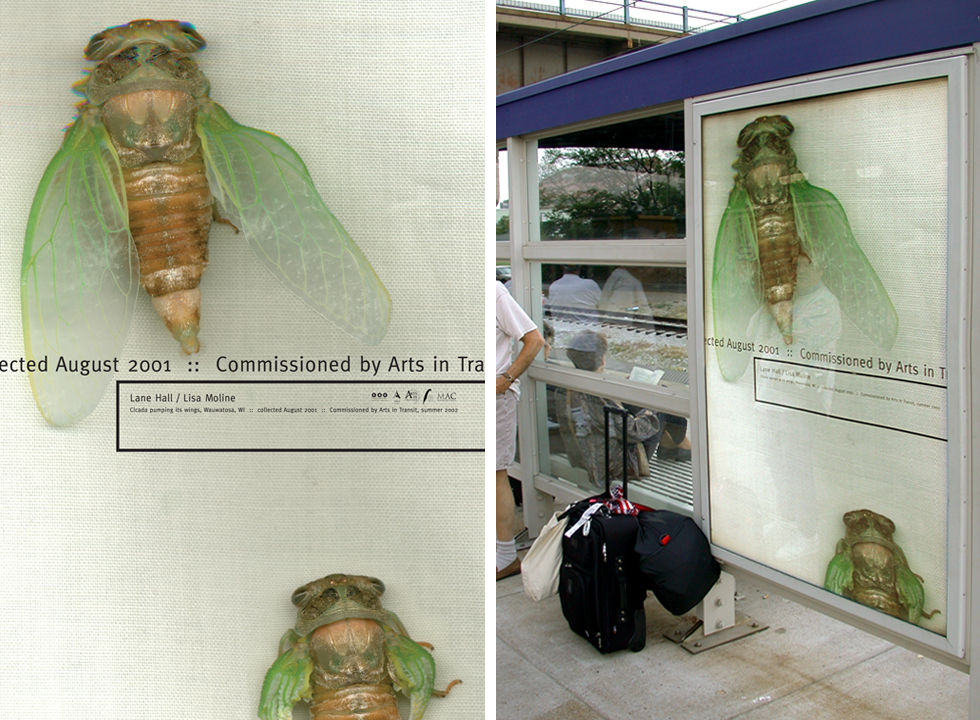 Freshly-hatched cicada is caught in the act of pumping up its wings during multiple scans on a flat-bed scanner. 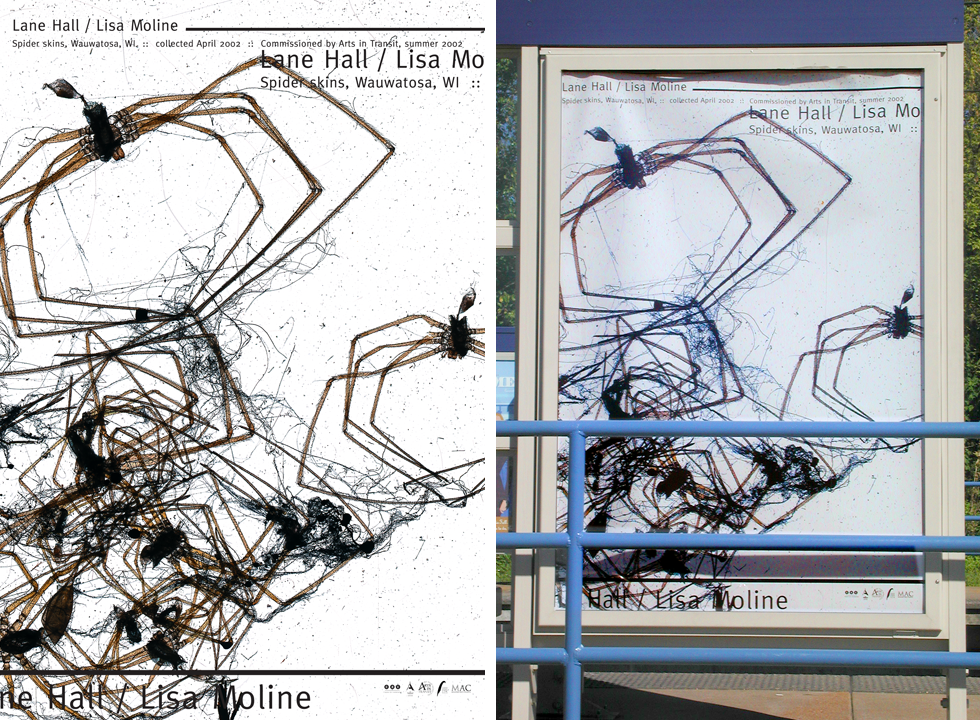 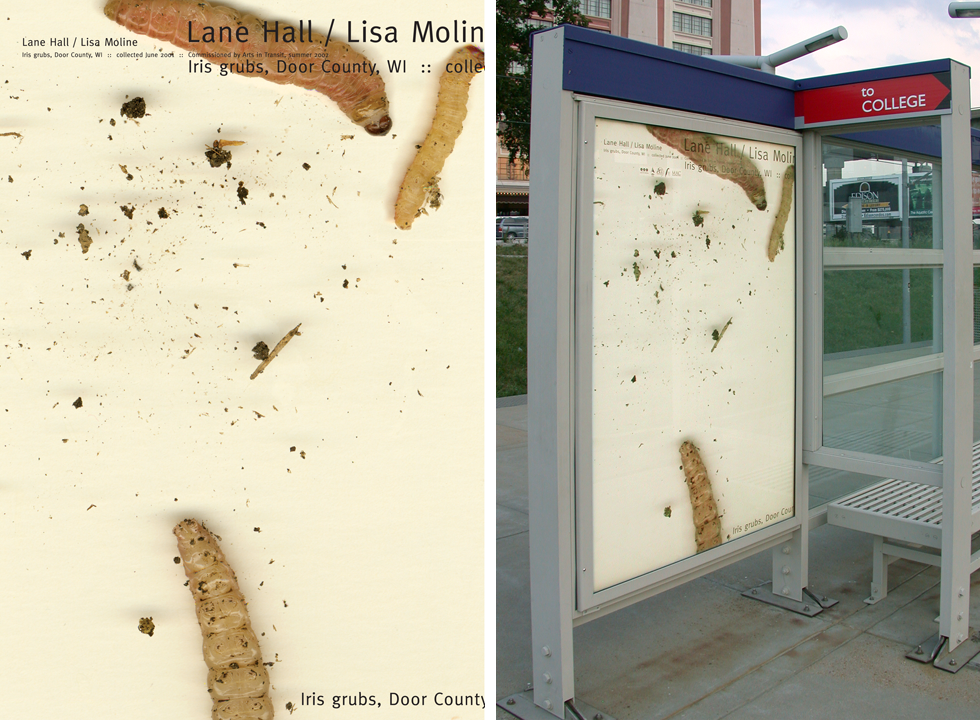