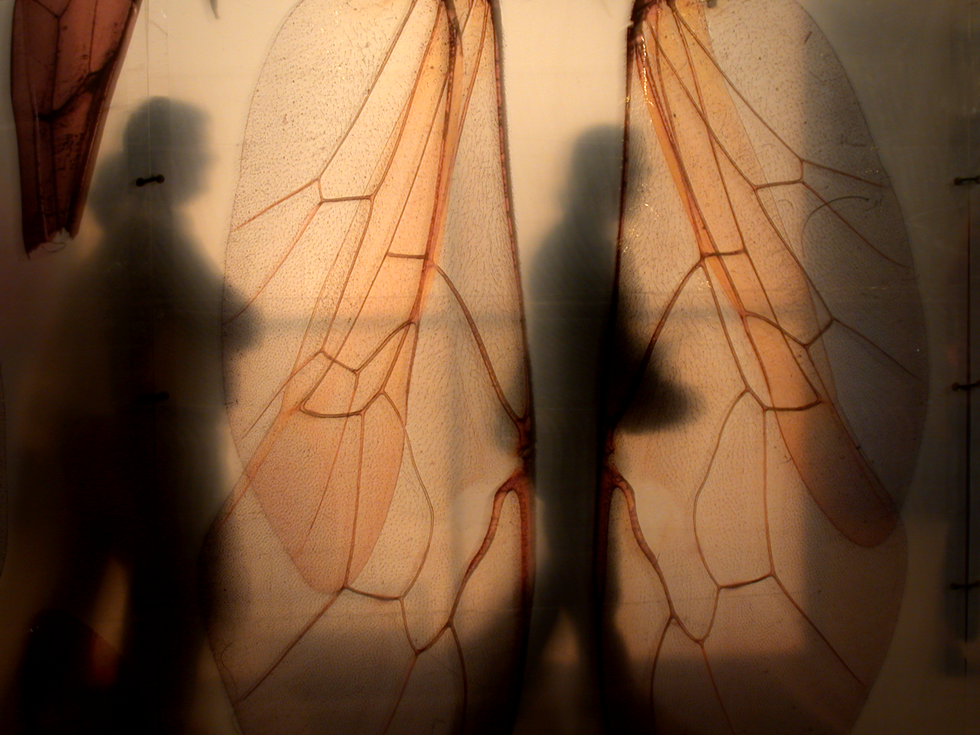 Luminario was installed at the St. Louis Art Fair from Friday 13 September through Sunday 15 September 2002. There were three components to the project. The centerpiece of the project was a large illuminated tent. During the day, visitors to the fair participated in the “Mutant Bug Project,” comprised of multiple rubber stamps depicting insects, wings, and other bug bits, along with markers. At night, a lightbox at the center of the tent illuminated the gallery of mutant bug drawings along with the transparent tent shell.

Additionally, a series of duratrans light-box posters were in St. Louis area transit stations and a series of postcards accompanied the work.

“Luminario” was funded by a public arts grant from Arts In Transit, Saint Louis, MO. 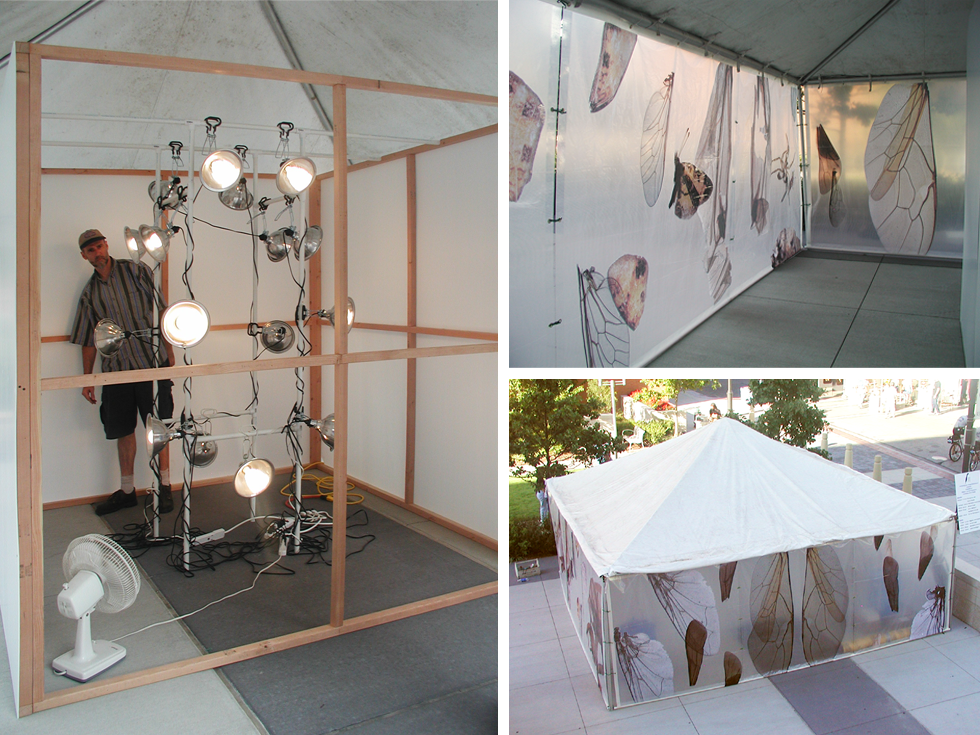 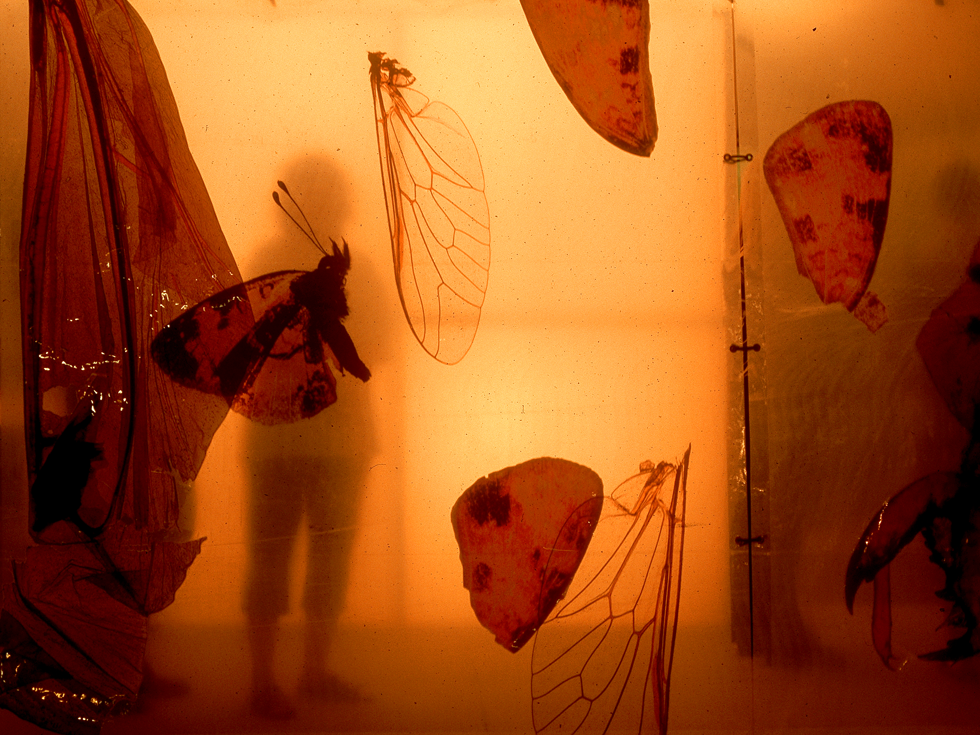