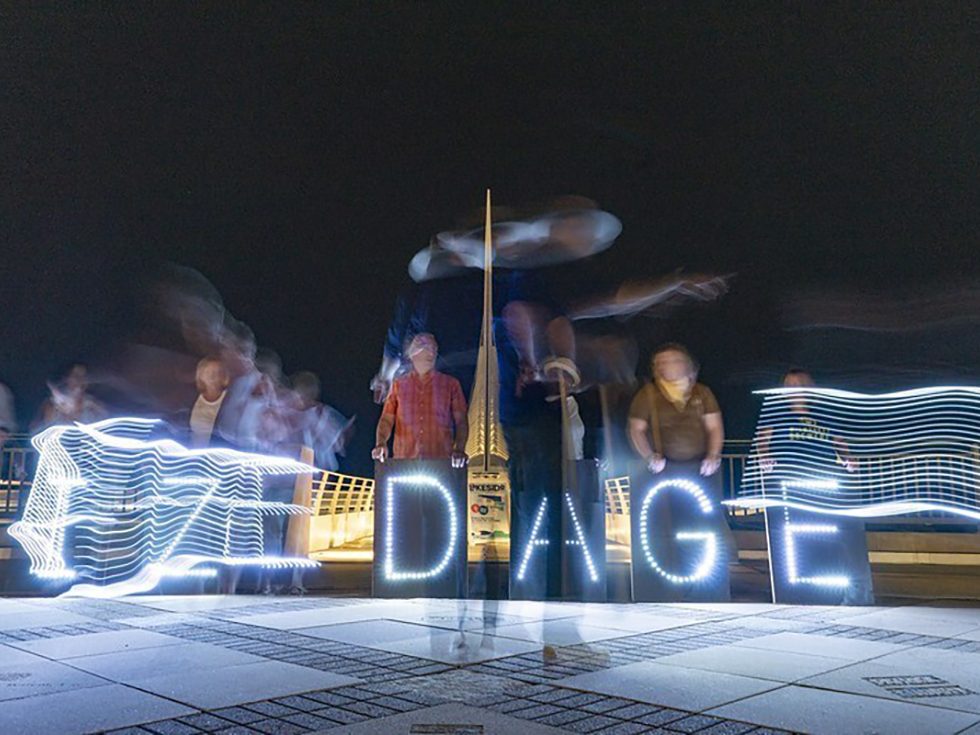 “Listen,” a video collaboration between Overpass Light Brigade, the Electa Quinney Institute at the University of Wisconsin-Milwaukee, and the Indian Community School.

View the video Listen on vimeo.

Below is a description of the words used, thanks to Ojibwe.net.

Nakasohtah and Nakasotawen are the words to ask one person or many people to listen in Menominee. Known as the Mamaceqtaw in their language, speakers of Menominee remind us their creation story begins at the mouth of the Menominee River which flows over 100 miles from northern Wisconsin to the city of Milwaukee. There is only one Menominee nation on earth.

Bizindaagen and Bizindaageg in Ojibwe or Bzedagen and Bzedagek in Potawatomi are also words to ask one person or many people to listen. These languages are part of the Anishinaabe diaspora which includes 142 nations surrounding the Great Lakes. The words for listen in these languages echo the sound of the words bizaanide’e (to have a peaceful heart) and bizaanate (to be still).

Hanąxgų (seen here with an extra “h”) is the Hoocak (Ho-Chunk) word for the act of listening. Known as the “people of the sacred voice,” the Ho-Chungra have traditional lands in Wisconsin, Minnesota, Iowa, Missouri and Illinois.

Satahuhsatat is the Oneida word “listen.” The Oneida of Wisconsin are part of the Hudenosaunee Confederacy east of the Great Lakes. After the Revolutionary War, the Oneida lost 5 million acres as the United States was created and in 1838, through treaty negotiations, they were relocated to Wisconsin. They bring to this region the history of one of the world’s oldest peacekeeping democracies, the Haudenosaunee Confederacy.